In Days to Come Book Tour with Avraham Burg

Tour Schedule Press Buy the Book About the Author

In Days to Come: A New Hope for Israel 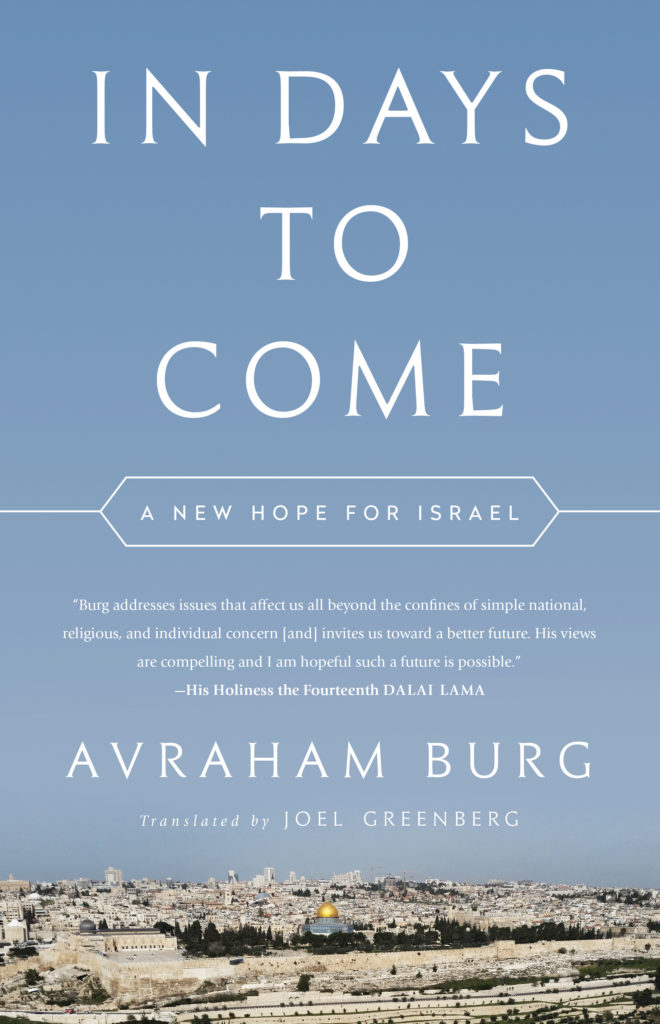 Born in 1955, Avraham Burg witnessed firsthand many of the most dramatic and critical moments in Israeli history. In this groundbreaking work, he chronicles the highs and lows of his country over the last five decades, threading his own journey into the story of his people. Burg explores the misplaced hopes of religious fundamentalism through the lens of his conservative upbringing, explains the cultural dominance of Israel’s military while relating his own experiences as a paratrooper officer, and probes the country’s democratic aspirations informed by his tenure in the Knesset.

With bravery and candor, Burg lays bare the seismic intellectual shifts that drove the country’s political and religious journeys. In Days to Come offers a deeply personal and unique reflection on Israel’s history, Zionism, and Jewish identity in the modern world.

This national book tour is sponsored by Nation Books and the New Israel Fund.

“Burg addresses issues that affect us all beyond the confines of simple national, religious, and individual concern. He invites us to take part in the most important flight of all—the flight towards a better future. His views are compelling and I am hopeful such a future is possible if we all make an effort, sincerely and with wisdom. I appreciate the author’s hard work for putting his concerns into words.”
— His Holiness, The Dalai Lama

“As I read [Avraham Burg’s] book, the disagreements between us c[a]me into sharp relief. Our debate is a worthy and viable one, ‘for the sake of heaven.’ Yet to my surprise, when reflecting upon [In Days to Come], our fears — yours and mine — are more alike than different. It is not accord but convergence that connects us. It expresses, more than anything, the strong connection that binds us as two people with firm ideas and differing ideological grounds, who find merit in the encounter despite the debate and because of it.”
— Reuven Rivlin, President of Israel

“Seeing nothing but pessimism from the Israeli left to the American right, Avraham Burg finds hope instead by calling for full equality between Israelis and Palestinians in his provocative and timely book In Days to Come.”
— Moustafa Bayoumi, author of This Muslim American Life: Dispatches from the War on Terror

“In this thoughtful, poignant, and unflinchingly honest memoir, Avraham Burg inspires us to think anew about Israel’s place in the world and in our hearts. A man who manages to balance clear-eyed pragmatism with a profound commitment to human rights and civil liberties, Burg is an inspiration for all who care about justice and peace.”
― Ayelet Waldman, author of Kingdoms of Olives and Ash and Love & Treasure

Books will be available for purchase at every event.
Additional copies of In Days to Come can be ordered from any of these online retailers: 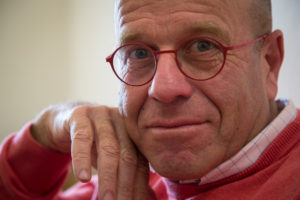 Avraham Burg was born in Jerusalem in 1955 to one of the most prominent families in Israel. His father, Dr. Josef Burg, was a German Jew who lost his family during the war and escaped from Germany to Palestine in September 1939. He went on to lead the National Religious Party and serve as a minister in the Israeli government from 1948 to 1988. His mother Rivka was a seventh-generation resident of Hebron and the daughter of the local community rabbi. Avraham Burg first took on a public role during the first Lebanon war in 1982, when he was a leader of the antiwar protests. He went on to serve as adviser to Prime Minister Shimon Peres, a member of the Israeli Knesset, the chairman of the Jewish Agency for Israel and the World Zionist Organization, and the speaker of the Knesset, among other public positions. Since his voluntary retirement from public life in 2004, Burg has become an outspoken leader of the Israeli left wing. He is the author of numerous books, including (in English) The Holocaust Is Over and Very Near to You. He lives in Nataf, just outside Jerusalem.

For questions about your local book talk, contact the related NIF region or specific event venue.

All press-related inquiries should be directed to:
Sharon Goldtzvik
202.500.6362 (USA/WhatsApp)
[email protected]