Kareem leads an aimless life between odd jobs and hanging out with his buddies. He lives with his parents in a crime-ridden ghetto of the mixed Jewish-Arab city of Lyd, some 20 minutes from Tel Aviv. Most of his childhood friends have turned to selling drugs through “ATMs” – transaction holes in the walls of dilapidated buildings. Kareem’s loving musician parents are constantly worrying about his life choices and they try hard to guide their son on the right path. Kareem is devastated when his father is killed in a car crash. The family tragedy brings him closer to his singer girlfriend, Manar, and motivates him to do something more with his life. Kareem and his group have been performing at small neighborhood gigs and family birthday parties. When they finally get a chance to perform in a Tel Aviv hip-hop club, Kareem’s star potential is quickly noticed. The “first Arab rapper” is asked to appear on a TV news program. As Kareem’s talent develops, so does his political consciousness, and the group’s lyrics become more defiant. Although he raps “I’m not political,” Kareem and the group use music to express their tough life as Palestinian youth. But the road to success is never easy… Kareem and his group face a violent confrontation with nationalistic Jewish rappers. Their friend Talal, already mixed up with a dangerous drug lord, could lose his home because of government-imposed gentrification. Kareem’s biggest blow could be not having Manar onstage with him for his most important gig yet. Her cousins threaten to harm them if she performs publicly with him, an act which they consider a disgrace to the family honor. The time has come for Kareem to either surrender to conservative tradition or stand up for the woman he loves, the artist he respects. 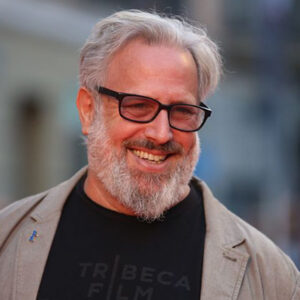 Udi Aloni is an Israeli and American director and writer whose work frequently explores the interrelationships between art, theory, and activism. His films have been presented in the Berlinale and other major film festivals. His past awards include the Berlinale’s CINEMA Fairbindet Prize. Aloni’s visual art has been presented in leading museums and galleries, including the Metropolitan in New York and the Israel Museum in Jerusalem. His most recent book is What Does a Jew Want? On Binationalism and Other Specters (Columbia University Press, 2011). His recent stage work was Anti-Oedipus at the Schillertag Mannheim 2015. In recent years, Aloni has mentored young actors from one of the harshest refugee camps in Palestine, helping them reach the world stage. 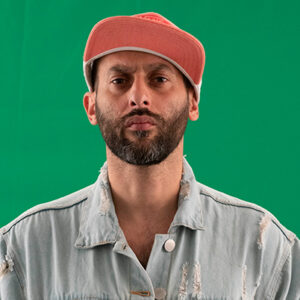 Tamer Nafar is a musician, actor, screen-writer, and social activist. Tamer grew up in Lyd, a mixed city of Palestinians and Jews twenty minutes from Tel Aviv, which is home to one of the largest drug markets in the Middle East. Inspired by American hip-hop artists like Tupac, as a teenager, Tamer formed the first Palestinian hip-hop group, DAM (Ever Lasting), along with his brother Suhell Nafar and friend Mahmood Jrere. Their hit single “Min Irhabi” (“Who’s the Terrorist?”) was downloaded over a million times, making DAM a household name among youth throughout the Middle East. Tamer’s lyrics and work reflect the Palestinian struggle, women’s rights, and the promotion of alternative art within a conservative society.