On Sunday, January 1st in Jerusalem, hundreds of men and women boarded segregated bus lines to protest the ultra-Orthodox exclusion of women. Gender discrimination and the exclusion of women from the public sphere is one of the many problems facing communities in the fractured society that makes up modern Israel. 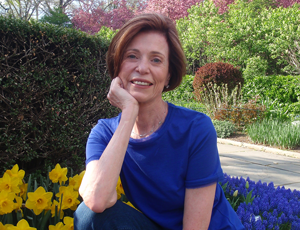 On December 2, I participated in a similar protest. And although it was smaller, it was just as focused and fervent. My “Freedom Ride” requires a short back story.

On Thanksgiving weekend a group of 17 intrepid travelers led by Rabbi Ken Chasen from Los Angeles’ Leo Baeck Temple arrived in Tel Aviv for a two week visit to Israel. The trip was not a typical touristy, toe-dipping excursion. Rather, it was an attempt by people who care deeply about Israel and its future to sort out information that was contradictory or not available to us in the media. We were privileged to hear about the social, political and security problems from experts throughout the country.

Our travels from the Negev to Ramallah to the Golan Heights brought us into contact with amazing people who helped us define the issues, the risks, the odds and the possible outcomes facing this rocky democracy. Our trip was one-of-a-kind and definitely not a walk in the park, but that is another story.

This story is about buses. Ten years ago the ultra- Orthodox community asked Egged – Israel’s public bus company- to provide gender-segregated buses in their neighborhoods. By early 2009, more that 55 such lines operated around Israel. Typically, women are required to enter through the back door of the bus and sit in the back “modestly dressed”.

The Israeli Supreme court has ruled that these bus lines are illegal, but they still exist in the religious neighborhoods of Jerusalem and other cities. Gender discrimination in Israel is present in many forms and has resulted in a deep culture war being waged that effects the very character of the Jewish state

I learned all of this when I met Anat Hoffman, the Executive Director of [NIF grantee]the Israel Religious Action Center (IRAC), who gave us a taste of what it was like to TAKE ACTION. I always wished that I had been a freedom rider in the ’60’s and I wasn’t about to miss being one this time

Our group was divided into 3 sections – each accompanied by several IRAC staff members. We boarded empty buses at the start of a route. I was first in line for my bus and, after sizing up the seating configuration, I took a window seat in the front section facing forward with an empty seat beside me.

At each stop people would enter the bus – always seemingly surprised to see women sitting up front. The men in black hats refused to sit anywhere – they crowded up front next to the driver and frowned fiercely at us. Any time a women walked by I smiled and asked her if she would like to sit next to me. Most, either shocked or shy, walked quickly to the back of the bus but one young women smiled and sat down. I started a conversation by asking her if she lived in the neighborhood. She said that she did and then asked me why I was on the bus. “I’m here because these buses are segregated and that’s illegal and I want to help stop it.”

“But this is our neighborhood” she said. I told her that the bus was a public bus and the people in the neighborhood were required to obey the law.

“We want it this way” she said, “I’m going to leave now.” I thanked her for talking to me and asked that she think about our conversation and the need for women to have the power of choice.

We left the bus shortly after that dialogue. I was anxious to hear about what my fellow riders had experienced.

As I think about that morning I remember something that Thomas Friedman wrote: “A theocracy can only be a democracy for the majority that conforms to extreme religious restrictions”

That is not what we want for Israel.