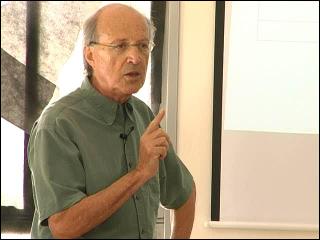 The wave of protests that are splashing over Israel represent, first and foremost, the middle class’ recognition – at long last – that it is powerless to hold its own in the mad competition that has been forced upon it: military service involving the loss of three years of income, college studies, the purchase of a decent condominium, the high cost of raising children, and the high cost of basic foods. The mad competition, in turn, is the product of the increasing concentration of wealth in the hands of the few – the top ten percent of income earners, and among them, the top one percent and the top .1%. The increasing wealth at the top enables a small minority to determine new standards in every area of life: a one-family dwelling with a yard or a condo in a prestigious new city tower in Tel Aviv; kindergartens that purport to increase children’s IQ, elementary schools for the gifted, arts and sciences high schools, private colleges, and luxury consumer goods.

Young middle-class people, aware of the new standards, realize that this is a race they cannot win, a race that turns them into rats caught in a maze. In the 1960s, American students called it the rat race.

For its part, the government of Israel washes its hands in the ideology of the free market and is willing, at most, to admit that there are a few “market failures.” But ideology is a matter of geography, and in our case, the free market ideology stops at the border between Israel and the West Bank. On the other side of the Green Line, the government – like all recent governments of Israel – continues to take the initiative and lead the largest national civilian project undertaken in Israel since the 1967 war – the settlements. This ongoing undertaking is a march of folly not only because it costs a huge amount of money: it also guarantees the continuation of the conflict between Israel and the Palestinians.

It is an undertaking involving huge expenditures to which there appears to be no end. Perhaps the construction of homes need not be taken into account, as persons living in the settlements would still have needed homes had they chosen to remain within the Green Line. However, a home in a settlement is less expensive for the settler but very expensive for every other Israeli: settlements involve expensive infrastructures, expensive by-pass roads, a separation wall, armored transportation, generous public services, income tax and municipal tax breaks, development subsidies and housing purchase assistance.

The real costs are higher still: special military installations built to protect the settlements and their access roads, military activity in which all units of the infantry need to take part, and special budgetary outlays in times of increased hostilities. Since the first Intifada, the defense budget has received additional allocations for “events in the territories” amounting to $13.5 billion.

Who pays? Tax-payers, and, among them, members of the middle class. The same people called upon to patrol and to scout and to fight – the middle class, which is the backbone of the Israel Defense Forces.

The rat race and the march of folly. Has Israel reached the breaking point?

Shlomo Swirski is the Academic Research Director of the Adva Center, which provides policy analysis and public education on issues of economic inequality in Israel.