The Run-Down: Shifts and Splits in Party Politics 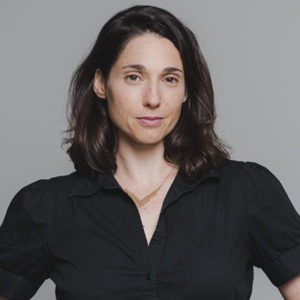 In any objective reading of Israel’s political map, it is clear that a government of the left-liberal and ‘democratic center’ cannot stand alone – that is, without the support of the Arab-majority parties and the broader Arab voting public.

Arab Israelis constitute twenty percent of the country’s population. It should be simple math: ignoring Arabs — as voters and as political partners – is electoral suicide. It would be equivalent to the Democratic party ignoring the African American, Asian American or Latino voters in the U.S. But ignoring the political potential of Israel’s Arab voters and parties has been something close to an axiom of Israel’s politics since its founding. No Israeli governing coalition has ever included an Arab political party.

That is why the most significant political event these last two sleepy, scorching weeks of August in Israel was Ayman Odeh’s groundbreaking declaration which sent shockwaves throughout Israel’s political system. In an interview with the country’s largest newspaper, Yedioth Ahronoth, Odeh, the chairman of the Joint List, the renewed four-party conglomerate that mostly represents Arab voters, announced that he would be willing to join a center-left government (one presumably led by Kachol Lavan co-chairman Benny Gantz) if it were to meet some basic conditions.

These conditions would strike most observers in Western democracies as fair and rather obvious demands. He talked about fairness in planning and construction. (Palestinian citizens of Israel face structural discrimination in matters of land and planning rights). Odeh demanded greater equity in healthcare for Arab Israelis and greater attention to the crime and gun violence epidemic that disproportionately affects Arab communities in Israel.

Perhaps most centrally, Odeh conditioned his participation on the government’s commitment to abolish (not reform) the Nation-State Law – a quasi-Constitutional “Basic Law” passed by the last Netanyahu government that legislated the second-class status of non-Jewish citizens of Israel. Finally, Odeh asked that Israel’s next government promise to resume negotiations with the Palestinian Authority to resolve the Israeli-Palestinian conflict (and fulfill Palestinian national aspirations for self-determination) by establishing a Palestinian state alongside Israel. (Palestinian citizens of Israel are among the most reliable constituency supporting peace through diplomacy.)

Odeh has done something no Arab party or leader had yet done. He conveyed willingness to join a center-left Zionist government on the condition that it honor the complete equality of Arab citizens of Israel and ensure their status as such with equal rights. Odeh is asking for nothing more than equality — a basic expectation of citizens of any democracy. In American terms, he is asking for the type of equality guaranteed by the Fourteenth Amendment — equal protection under the law.

Odeh’s announcement lit a fire under the political system. Parties from across the political spectrum attacked Odeh and his idea of Jewish-Arab political partnership. The outrage! Imagine! A party that represents roughly one fifth of Israeli citizens wants access to the basic promise of a democracy, the right to be a part of a representative government.

Unsurprisingly, the Likud used Odeh’s declaration as political ammunition against its main rival, Kachol Lavan (Blue and White) They did the same thing in last April’s election accusing Gantz and Lapid of ‘joining the Arabs’ — claiming that their alleged association with Arab parties ‘exposed’ their real, leftist face. Avigdor Lieberman, who once swapped his Knesset seat in order to avoid sitting next to the Arab lawmaker, made a wilder claim: that Odeh was cooperating with Netanyahu to tarnish the name of Kachol Lavan (by providing a basis to the defamatory campaign of Likud against Kachol Lavan alleging an association with Arab parties).

But Kachol Lavan shook off Odeh’s taboo-shattering statement and imposed a condition of their own: Blue and White officials rebuffed Odeh, saying the party would never sit in a government with Arab parties that do not recognize Israel as a “Jewish State.” Gantz apparently was referring to the inclusion of Balad, an anti-Zionist nationalist party, within the ranks of the Joint List, telling Channel 12 News that “there are parts within the Arab parties that clash with [this condition].” However, while not accepting the idea full cloth, Gantz publicly responded to some of Odeh’s core demands. As chairman of Blue and White, he said he would appoint an Arab minister in his government, though he fell short of endorsing the idea of actual cooperation with the Joint List.

It was not only Jewish parties that rejected the idea of ​​a Jewish-Arab political partnership. Voices from within Odeh’s own list distanced themselves from it. Both MK Matans Shahadeh, Balad’s chairman, and Ahmad Tibi, Ta’al’s chairman, disavowed Odeh’s comments. Only the Labor Party, led by Amir Peretz and the Democratic Camp (the new party made up of Meretz, Ehud Barak’s and former Labor MK Stav Shafir and led by Nitzan Horowitz) supported the partnership.

Both the Jewish and Arab right have contributed to ensuring that political cooperation remains a taboo. But the Jewish right has mobilized a powerful sense of fear to make any Arab-Jewish cooperation appear as a type of betrayal. Even former generals and IDF chiefs of staff have not dared challenge this racist axiom. It is in this context that Ayman Odeh’s statement must be considered.

In trying to break a taboo at the heart of Israel’s political culture, Odeh faces an uphill battle. He is seeking a revolutionary shift in Israeli politics – and in doing so, faces opposition on all sides. Still, his opposition can’t change two things: mathematics and history.

The math is quite simple. There is no majority coalition that leads to 61 Knesset seats for the center-left government without Arab votes. Odeh is right when he says, “Without us, no one can do it.” And from the perspective of Arab voters, Odeh makes a compelling case that if the choice is between supporting a center-left government from the outside or from inside the government, they might as well exercise political power to achieve real policy achievements for the sector they represent. “I want to move Arab politics from politics of protest to politics of influence,” he says.

Historically, Jewish-Arab political cooperation has been at the center of the most significant political achievement ever made by the center-left in Israel. The Oslo Accords would not have been signed without the Arab parties voting from outside the coalition in support of Yitzhak Rabin’s government. There is a precedent for Jewish-Arab political cooperation that emerges out of common interests.

If those seeking to replace the right-wing populist government of Benjamin Netanyahu with a democratic alternative are serious, they must realize it can only happen with the cooperation of all Israelis who support democracy, equality, and the rule of law. This means Jews and Arabs working together.

The Run-Down: Shifts and Splits in Party Politics

Just three weeks out from the election, here is what you need to know about parties contending for the 22nd Knesset.