For years I have been pondering how to explain to my Israeli friends my attitude that advertisements in the Israeli media are offensive and dangerous to the status of women in Israeli society. These women are always portrayed as sexy and submissive – exposing their bodies in many different poses as if they are asking for sex right here and now. As a feminist and a mother of girls, I have difficulty walking the streets in Israel when billboards and pop up internet ads are full of sexy women trying to sell everything from computers to women’s hygiene products to underwear – it is simply repulsive and overwhelming. I know Israel is not the only place that objectifies women in its media, but saying it does not make the situation less problematic. 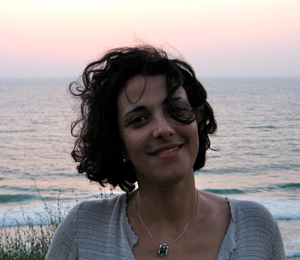 Once, my seven years old daughter asked me: “Ima, (mom) why are all these women and girls in the pictures angry? Why they aren’t they happy or smiling? They have this weird expression on their faces.” Amazed by her pure and young observing eye, I giggled and hugged her. I wasn’t able to explain her that they are not angry; they are just trying to look sexy in front of the cameraman who asks them to give him their best sexy look. And these very young models – sometime barely teenage girls – understand that this is what society wants from them – to be sexy and skinny. How is it that my daughter can sense something here is wrong and other adults fail to see that there is even a problem.

Yes, I admit I have a problem with the advertisements and their degrading attitude toward women and their bodies. And I have to mention that I don’t have a problem so much with ads that are marketed to specific market audiences in discrete places, like the back of newspapers or specific magazines or adult movies. These commercials are targeting markets in a free country for a specific consumers, men or women. The problem begins when these ads appears everywhere for everybody to see, even if they don’t want to. They are unavoidable. These ads are displayed on public buses, huge billboards when you enter the city or even when you read the news on the Internet. That is tasteless aggressive marketing that is no longer just commercial in its nature but has social consequences as well.

These ads have managed to desensitize the public to the images of half naked women. Women always have to be sexy and inviting sex, even if the ad is trying to portray these women as professionals using a laptop! Be sexy, skinny that is what really counts in life, that is where the real success exists for you, is the message — in someone’s bed ready to satisfy his sexual needs.

And the amazing thing is, most Israeli women are so conditioned to see these images that they don’t get what is so wrong with them. So I‘m thinking to myself, Israeli parents who raise these young and intelligent girls are investing love, time and lots of money in a society that tells them sex is more important than anything else. More then career, health, happiness or family, sex is it. Is this message OK to overlook?! What is the point of all the education and all the investment, and the fight for women rights and equality?

So when I learned that in Jerusalem, where there are many different religious populations that are knowingly sensitive to these kinds of images and find them offensive, that images of women were starting to disappear, it didn’t come as a surprise . But having no offensive images of women on the billboard is one thing – having no images of women at all is completely another! That has nothing to do with respecting women – that has to do with no respect to women at all! That shows no sensitivity to religious women. That shows aggressive domination and wrongful power over a population segment that is unlikely to have the tools to protest against it. De-facto decisions such as these leaves all the power to the men in these societies and is akin to women’s rights in Afghanistan and under Taliban rule. So why should we be surprised that there’s a new trend among Jewish ultra-Orthodox women and girls to cover their full faces in public. Doesn’t that fits all too well in with the message they get from their patriarchal societies?

Jerusalem, the capital of modern Israel, had an opportunity to say, we respect the different populations in our city and we would like to show our respect to their costumes. But we are a modern democracy that believes in equality. Therefore, women’s images in this city will be respected and honored. Any cheap images of women half-naked will not appear on buses or big street signs. With such a message it would be hard to argue. But instead, Jerusalem is sending another dangerous message that conveys that women have no place in the city leadership, decisions making or power. Women have no place on the public agenda. Women better stay home in their domestic traditional role: the womb, the housekeeper and being the male commodity.

Israel, a state that is working very hard to advance with the rest of the developed world, is failing to pay attention to the dangerous message that some decision-makers are sending to its youth girls and boys. No matter how hard a girl works in her life or in school, she has no place in this successful society the best she can aim for in a successful career is her boss’s bed. No public office, no economic success and no face! Tell me who in western society with the right mind would raise a girl in such a hostile environment.