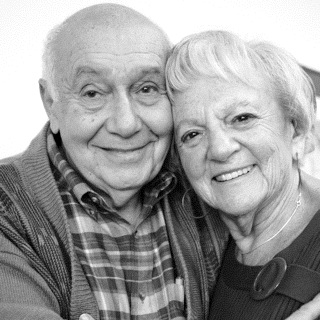 Murray told his children that life totally changed with the founding of Israel. He felt able to hold his head up, proud to be Jewish from that day forward. Norma Kane was an even more staunch supporter, brooking no criticism of the Jewish homeland, even from their children.

Murray was six years old when he arrived in the U.S. with his mother from Sighet, Romania. They joined his father, who had emigrated more than a year earlier, in the Bronx. Called to school for a parent teacher conference, his parents were urged to assimilate Murray more quickly and their solution was to speak Yiddish rather than Hungarian! A first generation American, Norma grew up in New Haven, Connecticut, part of the time on a farm near the city limits. Her father had been a cattle dealer in Poland and he continued the trade in the U.S. Her household was observant, yet infused with Vilna, Lithuanian Jewish culture and filled with opera. Nonetheless, she loved the Christmas carols sung at school but would only hum-along to avoid giving voice to another religious belief.

They met on a blind date in New York, following Murray’s graduation from law school and Norma’s graduation from nursing school. They married the month after Israel’s birth. Though they changed their last name from Katz to Kane to blend-in for the sake of career advancement, their attachment to Judaism and Israel grew over the decades. They were part of the bedrock of Dayton, Ohio’s small Jewish community where they raised three children. They served on synagogue and day school boards, Jewish cultural and charitable organizations as well as secular civic organizations. In retirement they moved to California to be near their grandchildren, where Norma volunteered at Jewish Family and Community Services East Bay, and Murray was a commissioner on the City of Emeryville Planning Commission.

Their journey included the New Israel Fund beginning in the early 1990s. For them it was the vehicle to give expression to the Jewish and democratic values they cherished.

Disclaimer: New Israel Fund is not engaged in legal or tax advisory services. Please consult with your professional advisor as to which giving vehicle is right for you, and when creating bequests, seek drafting and counsel from an attorney.

For more information about legacy giving to the New Israel Fund, please contact: