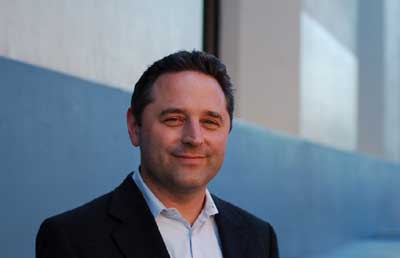 Last week, NIF CEO Daniel Sokatch was named one of the Forward newspaper’s “Forward 50,” an annual list of the fifty leading Jewish decision-makers. This is his fourth appearance on the list, having also received the honor in 2002, 2005 and 2008.

The Forward describes the list as, “men and women who have made a significant impact on the Jewish story in a Jewish way. These are people whose religious and cultural values propelled them to engage, serve, lead, entertain, educate, create, advocate and exasperate in a decidedly Jewish voice. Let them inspire us, too.”

Daniel is credited with leading the New Israel Fund through and out of the crisis engendered by extremist attacks on NIF in Israel, and increasing our fundraising in his first year as CEO.

As most of you know, for Daniel and for NIF this year has been especially challenging. NIF continues to campaign against grave threats to Israeli democracy, growing socio-economic gaps, worsening racism, the ultra-Orthodox stranglehold over Judaism in Israel, and discrimination in the education system — among other causes. And, as the Forward noted, progressive civil society has been subject to repeated attacks from ultra-nationalist extremists and threatened by proposed Knesset legislation that would penalize or criminalize many of our organizations.

Join us in congratulating Daniel on this well-deserved recognition of his accomplishments in his first year with the New Israel Fund.