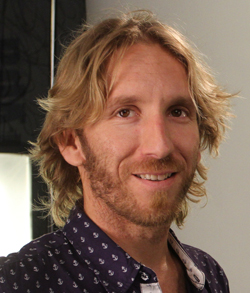 Following Im Tirtzu’s outrageous and personal smear campaign against the New Israel Fund and progressive organizations in Israel in 2010, a group of eight activists began a facebook page called ‘Im Tirtzu is a Fascist movement.’ Alleging that the term “fascist” constituted libel, and in an undisguised attempt to shut down criticism of their goals and activities, Im Tirtzu took the activists to court. And lost. Following the Jerusalem District Court’s ruling last week, which rejected almost all charges against the activists and which characterized Im Tirtzu as having “fascist attributes” NIF spoke to defendant Edan Ring about his reactions to the victory.

Read more about the case here:

The ‘Defenders of Zionism’ Lose Their Case

How did you get involved in the Facebook group?
Back then I was working as a spokesperson for several human rights groups. I was appalled by the campaign against Naomi Chazan and the rest of the organization. One day the “Im Tirtzu is a Fascist movement” group appeared in my Facebook feed; a few days later, the founder of the group, Roi Yellin, made me one of the administrators of the page, because he thought I would help get more followers. In total there were eight of us. The page was a huge success – thousands of people joined the group because of their outrage over Im Tirtzu’s behavior. A while later, the group’s administrators all got a message from Im Tirtzu saying they would sue us if we didn’t change the name.

What did you think of Im Tirtzu’s reaction?
I was very surprised. I had no legal experience, I had never been to court, and I was very alarmed. At first I didn’t respond. I didn’t think they would really go through with it. It’s not like we had published a huge ad like they did – I mean, look what they did with Naomi Chazan! I checked with the others – they were also ignoring it. After a few months, I received a letter from a lawyer’s office in Jerusalem saying I was being sued for 2.6 million shekels. It was a terrible feeling. From then, it really affected the way I expressed myself on Facebook and other social networks. It made me very cautious and hesitant. All the time I was thinking that someone was looking at me. It was very frightening. But when we met our amazing lawyers, my feelings changed. It was clear that we weren’t going to change the name of the group.

Were you worried during the court case?
I knew they wouldn’t win – they were in the wrong. But they tried to make life difficult for us. We all live in Tel Aviv, but they filed the complaint in Jerusalem, and they made it for NIS2.6 million so the case would go to the district court. We had to travel to Jerusalem for every meeting, and we lost a lot of working hours. We also worked hard on the case ourselves, doing research on Im Tirtzu and the things they’ve said and written. We all wanted to build a strong case, and I think we succeeded.

How do you feel now?
On the one hand, I’m really happy with the outcome. They tried to hurt us. Their aim was to intimidate us into stop criticizing them, and to send a message to other people not to mess with them. But we won. There’s a big buzz around the case. We didn’t dream that we could make a judge in Israel say that it’s OK to call Im Tirtzu fascists. A lot of people know they sent private investigators to look into the garbage cans of NGOs and human rights groups, a real witch-hunt. But I’m not completely happy and calm, because the case still might go to the Supreme Court. Thankfully, we had incredible support, both from NIF and the Moriah Fund, but also from hundreds of people who donated small amounts to support our case. If the case goes to the Supreme Court, we’ll have to get their help again.

(Editor’s note: NIF continues to provide support to the eight defendants in the Im Tirtzu case, as well as other progressive organizations targeted for SLAPP lawsuit. Although these lawsuits, designed to shut down public and political participation, are now illegal in many American states, nothing prevents well-funded ultranationalist groups from continuing to sue progressives in Israel.)