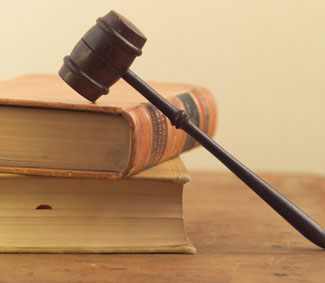 Last Wednesday, the High Court of Justice demanded an explanation form the state as to why it has not indicted rabbis Yitzhak Shapira and Yosef Elitzur for their authorship of the highly controversial book Torat Hamelech.

The book was published in 2009 and written by Shapira and Elitzur of the Od Yosef Hai Yeshiva in the West Bank settlement of Yizhar.

It addresses Jewish law at a time of war, and says that in certain conditions it is permitted to preemptively kill non-Jewish, non-combatants during a conflict.

The book was widely condemned as racist and civil society groups alleged it incited violence and racism against Arabs and other minorities in Israel.

Wednesday’s decision comes in response to a petition from NIF grantee the Israel Religious Action Center, which is the legal advocacy arm of the Reform Movement in Israel, against the authors of the book as well as two rabbis who endorsed the work.

Attorney-General Yehuda Weinstein decided in May 2012 not to indict the rabbis, saying at the time that there was not enough evidence that the book was published with the intention to incite racism. Weinstein argued that Torat Hamelech was written in a general manner and does not call for violence. He said that works pertaining to rulings on religious law or publications of religious sources should not be dealt with in criminal proceedings, so as to preserve freedom of religion.

Anat Hoffman, executive director of IRAC, said: “Rabbis who would use Jewish text to justify hate should be challenged at every turn. In order to truly realize the message of Chanukah and to be a light unto the nations, we must continue to fight institutionalized racism in the name of all minorities that have no place else to turn.”

The High Court has demanded that the attorney-general explain his reasoning not to indict the rabbis by February 6, 2014.