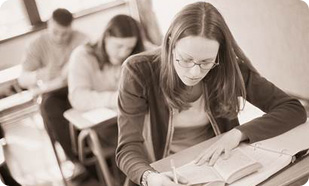 The ORT school system will not fire Adam Verta, the civics and the philosophy teacher at the ORT Greenberg High School in Kiryat Tivon near Haifa, following the rally of support from human rights organizations and many of his own students. Verta came under attack after expressing criticism of Israel Defense Force behavior and support for Palestinian rights during a 12th grade civics class.

After the classroom discussion, a student sent an open letter of complaint to Education Minister Shai Piron about Verta’s comments. Former Knesset Member Michael Ben-Ari, known for his radical views, then posted the student’s comments on his Facebook page. In the wake of the controversy, the school sought to fire Verta.

Veteran NIF grantee Association for Civil Rights in Israel (ACRI) protested the dismissal attempts to Education Minister Shai Piron. Sharaf Hassan, Director of ACRI’s Education Department wrote: “If teachers don’t feel that the classroom provides a safe space and the freedom to deal with essential questions, then schools will have abandoned the vision and even the dream of being an influential factor in society.”

Civil rights lawyer Michael Sfard represented Verta in a hearing before ORT management, persuading them that the teacher should keep his job. Sfard pointed out that his ” client broke no Education Ministry instructions and this affair reeks of political persecution.”