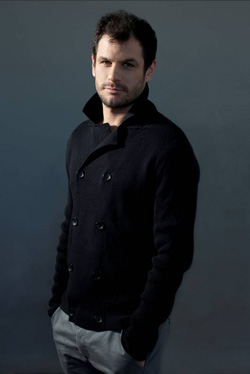 How did this case end up at the Supreme Court?
Israel has been dealing with the issue of asylum seekers for a long time. You can detain people who can be legally deported, but deporting genuine asylum seekers would be a violation of international and Israeli law. Because you can’t deport people coming from Eritrea and Sudan, the government wanted to deter other people by detaining them. They created the Anti-Infiltration Law, which is basically a newer version of a law from 1954 created to deal with security issues, with the main clause stating that you can detain people for a minimum of three years without putting them on trial. This is what we petitioned against. We said that the law does not meet the Basic Laws’ right to freedom and right to dignity, and should be overturned by the Supreme Court. In a very rare move, the UNHCR (UN Refugee Agency) joined the petition as amicus curie.

Were you always confident with the outcome?
No. From a legal point of view the case was clear. But you can never be sure, especially when you’re dealing with something that’s so politically sensitive. There is a lot of political pressure on the Supreme Court, and today it’s relatively restrained when it comes to parliamentary law. The fact that the sentence was so unequivocal shows just how offensive, unconstitutional and undignified this law was.

Will lots of people be released now?/
We hope that those detained under the law will be released in the next few weeks. But the story isn’t over yet. Right-wing politicians condemned the ruling – they want to create a new law with a different time limit. Everyone needs to read the ruling clearly. Some of the judges said a shorter detention might be considered; others said that you couldn’t detain people in order to deter others from coming. We hope that politicians from across the political spectrum will come together and think how to ease the problems of the southern neighborhoods of Tel Aviv [An area of endemic poverty where most asylum seekers live] and the difficulties faced by the asylum seekers, rather than making things worse with new versions of the anti-infiltration law.

How did it feel?
When I started reading the sentence I began to cry, and I haven’t cried for a long time. I thought about all the people Hotline represents. Some of them have been in prison for a year, some of them are victims of rape – each time I visited them in prison they asked when they would be released and why they hadn’t been put on trial; it was very difficult for me to think about them like that. To think about all those people who will hopefully be released in the next few weeks makes me very happy. I’m also very happy as an Israeli citizen – even in difficult times, there are people who remain true to what is just, without giving in to dangerous political trends. It reinforces our faith in the path we’ve chosen – fighting for what we believe in, and strengthening civil society. This decision should be a wake-up call for the government, an opportunity for them to help build a better society, and not just another reason to attack the Supreme Court.

Moatomis Ali (Asylum Seeker from Darfur): “This law isn’t connected to the situation facing refugees in Israel. The problem is that that Israel doesn’t take care of refugees. We live here without basic rights, and they don’t check our story to see if we’re entitled to asylum or not. I have many friends who have been jailed because of the Law. It’s a good feeling for them, to be leaving jail, but they still know what will happen to them once they get out. I was also freed but it’s illegal for me to work and they call me an infiltrator, a work migrant and a criminal.”

Davit Demoz (Asylum Seeker from Eritrea): “I’m happy that the law has been cancelled; it’s not logical to put people in jail for more than a year without a release date. These people went through difficult experiences in their countries and on the way to Israel. But, when they’re freed and thrown out by the Tel Aviv Central Bus Station, we don’t know what will happen to them. We escaped from a dictatorship in order to live a secure and free life. It’s not right that the only options for refugees are to live on the streets or go to jail.”