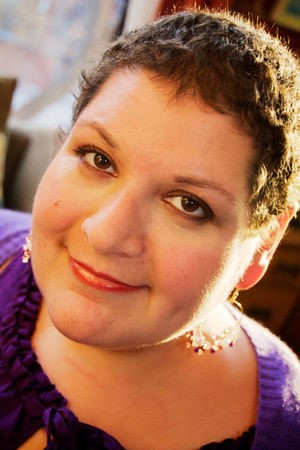 The Elissa Froman Israel Social Change Fellowship was created to honor the memory of Elissa Froman, z”l, a remarkable young woman whose life was rooted in the Jewish community and who held an abiding commitment to progressive causes at home and in Israel.

Created by the Eugene and Janet Lerner Family Foundation with Hebrew Union College-Jewish Institute of Religion (HUC-JIR), the main seminary of the Reform Movement, and the New Israel Fund (NIF), the leading supporter of progressive causes in Israel, the fellowship is a unique opportunity for future rabbis to engage in deep learning about social issues in Israel – the kind of learning Elissa would have relished.

Froman Fellows become familiar with NIF’s work in the US and Israel and with the Israeli civil society sector more broadly so that they can become fluent and effective ambassadors for progressive change in Israel as they enter the rabbinate. The fellowship takes place in two sites: Jerusalem and New York. 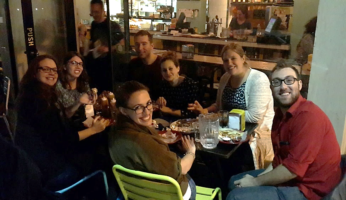 All HUC-JIR rabbinical students begin their journey with a year of study in Israel. The Froman Fellowship complements HUC-JIR’s curriculum with a series of bimonthly encounters with Israeli activists and issue experts, organized by NIF.

In New York, the fellowship is open to third-year HUC-JIR rabbinical students completing an internship in a Jewish nonprofit organization. The Fellow works 10 hours per week in NIF’s headquarters on a variety of projects customized for each individual fellow. They join NIF’s efforts to engage Americans in advancing and promoting social justice in Israel.

As a capstone project, the Fellow plans and executes an annual Elissa Froman Memorial Lecture, to be held each spring at the HUC-JIR New York campus.

Testimonials from Past Fellows

“My experience as a Froman Fellow was an amazing opportunity to further my understanding of the dichotomies within Israeli society.”
– Deena Gottleib, Jerusalem participant

“Through [the fellowship], I have a better grasp on what Israel means to me. I have learned that as complicated as Israel can be … it is our job to help create a country we can be proud of.”
– Austin Zoot, Jerusalem participant

“The Elissa Froman Social Justice Fellowship exposed me to how crucial North American support is for the work being done on the ground in Israel to advance social justice and human rights for all. It allowed me the opportunity to learn from the leaders in the field, and to express my rabbinic voice in support of this work.”
– Jesse Paikin, New York participant

Elissa Froman knew from a young age that she wanted to be a rabbi. Growing up in the Chicago area as part of a social justice-oriented family, Elissa attended OSRUI, the Reform Movement’s Midwest summer camp, where, she once said, she obtained nearly all of her most relevant life skills. She continued her activism at George Washington University, where she was active in GW Hillel and founded the Jewish Political Progressive Association, a group dedicated to tikkun olam. After graduation, she worked for the Religious Action Center of Reform Judaism and the National Council for Jewish Women, and began plans to attend rabbinical school at HUC-JIR as a Wexner Fellow. Sadly, at age 29, Elissa lost her years-long battle with Hodgkin’s Lymphoma. Many friends and colleagues considered Elissa their “unofficial rabbi” – the person to whom they could turn to connect social justice, community building, and Judaism. NIF and HUC-JIR are proud to partner with Elissa’s family and the Eugene and Janet Lerner Family Foundation to carry forward Elissa’s legacy by offering this fellowship in her memory.

About the New Israel Fund

The New Israel Fund is the leading organization committed to equality and democracy for all Israelis. Widely credited with building Israeli progressive civil society, we have provided millions of dollars to more than 850 organizations since our inception in 1979. In addition to funding, NIF operates Shatil, NIF’s action arm on the ground in Israel, which conducts national advocacy campaigns, builds powerful networks, and offers tools for civil society organizations to maximize their impact.

Founded in 1875, Hebrew Union College-Jewish Institute of Religion is North America’s leading institution of higher Jewish education and the academic, spiritual, and professional leadership development center of Reform Judaism. HUC-JIR educates men and women for service to American and world Jewry as rabbis, cantors, leaders in Jewish education, and Jewish nonprofit management professionals, and offers graduate degree programs to scholars and clergy of all faiths. HUC-JIR has campuses in New York, Cincinnati, Los Angeles, and Jerusalem, and is the only seminary training Reform clergy in the State of Israel.