On February 17th in Tel Aviv, New Israel Fund – along with the Israel Democracy Institute – will be participating in a major conference on Israeli democracy organized by Haaretz. The conference, which will be opened by Israeli President Reuven Rivlin, will be attended by party leaders and other senior political figures, journalists, academics, and civil society activists. 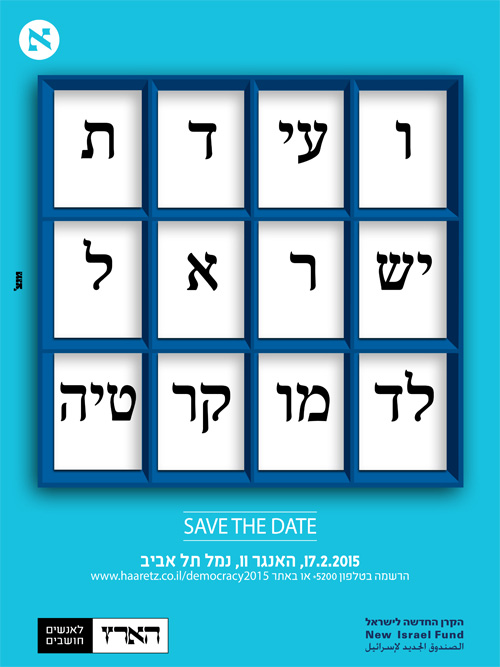 This is the main pre-election event dealing with core NIF issues surrounding liberal democratic values and free speech. The conference will deal with the following questions: Is Israel still the “only democracy in the Middle East”? Can Israel be both Jewish and Democratic? Is the right still “liberal” in the classic sense regarding the values of democracy? Is discourse suppressed during times of war? Do minorities have sufficient freedoms? Will the courts preserve their independence vis-à-vis the political establishment?

This will be a high-profile event, and is expected to attract wide coverage. At the conference, key players in the Israeli elections are expected to deliver policy statements on important issues related to democracy. It also coincides with NIF’s international board meeting, and board members will take part in a celebratory event that will take place at the end of the conference.

Look for updates about conference speakers and panels on NIF’s website and social media over the coming weeks.