A View from the New Knesset 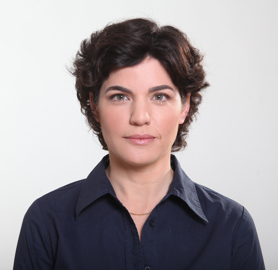 (Tamar Zandberg, a new Member of Knesset from the Meretz party, is our guest columnist this week.)

What a couple of years we had! In the summer of 2011, I was marching in the streets, together with hundreds of thousands of Israelis, calling for a more just and equal society, one which cares for the weak and celebrates freedom and democracy. This was the most inspiring political moment Israel had in decades.

Soon after, we were told that the protest has died. Crushed under the daily banalities of the Knesset and manipulated by “King Bibi,” as some reporters began calling Prime Minister Netanyahu. The government seemed determined to hold on to the status quo on every front, isolating itself from the world and sowing fear and resentment among its own citizens.

Then came the elections, with a result that could only signify a turning point. An unprecedented number of new members of Knesset, a record breaking representation of women (despite still being outrageously low) and a decreasing average age of MKs – all demonstrate the desire for a new era in Israeli politics.

Make no mistake. There are more progressives in this Knesset, but also more members that support the settlements and still many that have little patience for the democratic principles on which Israel was founded. The clouds which have gathered over Israel in recent years are still there, but for the first time in a while, we also see hope. We see an opportunity. And that’s all we could have asked for.

During the last Knesset term, we focused on blocking initiatives which threatened the most basic freedoms in Israel. We fought against the confrontational attitude our government has presented to the world, and against the moral corruption that the occupation has brought at home. Many of you have stood by us on those battles, and I can assure you that your voice was heard in Israel, loud and clear. Our success in the last elections is also your success.

We could do even more now. We could answer the public call for change with a progressive vision of Israel: A country which provides for all its citizens, a place which views cultural variety and difference of opinions not as a threat but as its source of strength; A state which promotes tolerance and treat all people and religious with respect – including all members of the Jewish people; a nation which can replace the urge to conquer with a desire to care. And most urgent of all: A country which doesn’t deprive the freedom of another people.

It won’t be easy. We are still faced with many – including some members of the future government – who do not share our values. Even among those who believe in change, some view this change in a very different way that we do. We need all the help we can get. I am sure that we will find you continuing your support for a democratic and caring Israel, because you know that Israel deserves better than what the last four years have offered. As the last elections have showed, Israelis know that too.