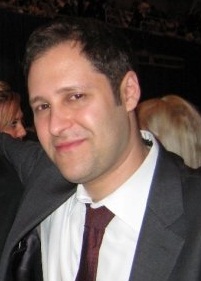 Last year, one of the major attacks came in the form of a bill, sponsored by MK Ze’ev Elkin, that would have stripped organizations receiving any foreign government money whatsoever of their tax-free status, and required that such organizations register as foreign agents.

This year, MKs Fania Kirschenbaum and Ofir Akunis updated Elkin’s approach a bit: their proposed legislation (which was revised and consolidated into a single bill on November 30) would place NGOs into three separate classes, with different rules for each: most NGOs would be hit with a crippling 45% tax on any foreign government funding they received; others – those NGOs whose actions and goals the government deemed particularly dangerous – would be barred from receiving any foreign government donations at all; finally, overtly non-political groups, such as Magen David Adom, and organizations sponsored by the Israeli government, would be unaffected. Like the Elkin bill, the Kirshenbaum-Akunis bill targets only foreign government money – which accounts for a big chunk of the funding of many NGOs and civil society groups; private foreign donations – the lifeblood of many right wing organizations – are completely ignored. In other words, while the tactics have changed (slightly) in the past year, the goal remains the same: to stigmatize and starve the large sector of Israeli organizations that depend on foreign government funding to operate.

So it should come as no surprise that this latest round of attacks is justified in exactly the same way as its earlier counterpart: this isn’t anti-democratic, the United States does it too. Specifically, in a number of recent interviews, Foreign Minister Avigdor Lieberman has endorsed the legislation, claiming that it is modeled after, or even a “direct translation” of, the United States’ Foreign Agents Registration Act (FARA). Fortunately for the United States, MK Lieberman is wrong.

Neither the language of the Kirshenbaum-Akunis bill (either as originally introduced, or as updated), nor its purpose and effect, resemble FARA in any way. FARA is a narrowly tailored statute, aimed at ensuring transparency among those people and institutions whose work is explicitly directed or controlled by a foreign entity (e.g. lobbyists for foreign governments). Simply taking foreign donations would not be nearly enough to trigger FARA.

Moreover, FARA only requires that foreign agents register as such with the Department of Justice, and make certain ongoing disclosures thereafter; their tax status, and who they may take money from under what circumstances all remain unchanged.

The Kirshenbaum-Akunis bill, on the other hand, is unmistakably punitive, creating a triple-standard that targets specific political actors, either taxing their foreign state donations at an arbitrary and exorbitant rate or barring them outright. Quite simply, the comparison to FARA, or to any other American law for that matter, is totally misplaced.

MKs Kirshenbaum, Akunis and Lieberman, of course, have every right to push for any legislation that they believe in. But false comparisons to US law only obscure the bills’ real implications. Trying to make the case that these bills do not erode democracy is a tough sell.

Jesse Levine is a human rights lawyer based in New York.