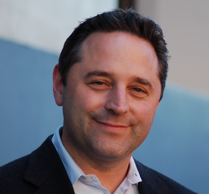 This past Friday, our friend and colleague Sarit Michaeli was shot with a rubber-coated bullet. Sarit is the spokesperson for B’tselem, Israel’s leading human rights organization in the occupied territories and an NIF grantee. She was wounded as she filmed and monitored a regularly-held demonstration at Nabi Saleh near Ramallah in the West Bank.  The circumstances surrounding the shooting are deeply concerning.  You can read Sarit’s account of what happened here, and you can see a video of the incident that Sarit herself filmed.  As you’ll see, Sarit is tough and brave, and she’s recovering well.  I warn you, though:  the video is rather graphic and, for some, tough to watch.  We’ve called for the military investigate this incident immediately.

B’Tselem and the volunteers it equips with video cameras have documented conflicts between West Bank Palestinians, the IDF, the border police and the settlers for many years. That effort has been invaluable in calling attention to the inevitable violence and human rights violations entailed by a 46-year occupation.  And, although high-ranking army officials have themselves depended on B’Tselem’s documentation for evidence, it goes without saying that there are those who would prefer that events on the West Bank remained undocumented and indeed invisible to Israelis and to the rest of the world.

Only a week ago, a B’Tselem video chronicled the detention of a five-year-old boy and his father, in contravention of the army’s own regulations.

And increasingly, hardliners have been repeating the new trope that these kinds of monitoring activities – the kind Sarit was shot performing – serve to “undermine” and weaken the IDF.  In a country where the army is a beloved institution, this a serious charge indeed.  It is also a false one.  As we know (and as I wrote recently in Ha’aretz), holding a democracy’s institutions accountable to universal human rights norms and the basic tenets of democratic society does not serve to undermine those institutions.  Rather, it serves to strengthen and preserve democracy.

That’s the work of B’tselem and our other human rights grantees.  Their job is to hold a mirror up to their society, and ask the hard questions about what kind of country Israel is going to be.   New Israel Fund was one of the founding organizations of B’Tselem many years ago, and we continue to be a funder and partner of B’Tselem now. We are proud of their record, their video documentation project and their personal and professional bravery.  Documenting the human rights environment in the Occupied Territories is absolutely necessary for a democracy that is legally and morally responsible for daily life on the West Bank.  B’Tselem’s heroic efforts represent the very best Jewish and universal values, and the very best of Israel.

I know you join me in wishing Sarit a refuah shelma, a complete recovery, and in offering support to the guardians of Israel’s democratic soul.