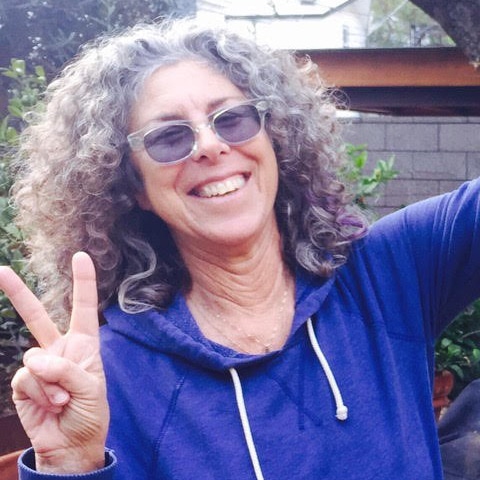 Laurie Alper and the New Israel Fund are a perfect fit, a match with roots that go back more than a hundred years.

Laurie’s grandfather, Jacob, felt the burn of a Cossack’s sword during his youth; he was a Zionist both in his native Russia and his adopted home, America. He served as the president of Los Angeles area Zionist organizations intermittently from 1953 to 1965.

Laurie’s father, Max, fought in WWII, than moved to Palestine in the late 1940s to join the Haganah during Israel’s War of Independence. He, too, was a life-long Zionist, though he was sobered and disillusioned by the excesses of the Begin administration. Laurie’s Uncle Phil, a fresh-faced graduate of UC Berkeley’s engineering program, smuggled surplus American arms-making machinery out of New York to the Haganah.

Laurie’s mother, Florence, took part in Civil Rights marches in her college years at NYU. Later, during the Fair Housing struggles in Los Angeles of the 1960s, Max and Florence Alper participated in direct actions to identify racially biased landlords and create housing opportunities for Black Americans…one couple at a time. Laurie’s ideas about right and wrong, about what really mattered, grew out of this family heritage.

To Laurie, NIF was the perfect synthesis of legitimate Jewish nationalism and Civil Rights for all; she was a contributor for many years until cancer took her in November of 2017, two days after her 64th birthday. Her highest aspirations live on in the New Israel Fund.

Disclaimer: New Israel Fund is not engaged in legal or tax advisory services. Please consult with your professional advisor as to which giving vehicle is right for you, and when creating bequests, seek drafting and counsel from an attorney.

For more information about legacy giving to the New Israel Fund, please contact: